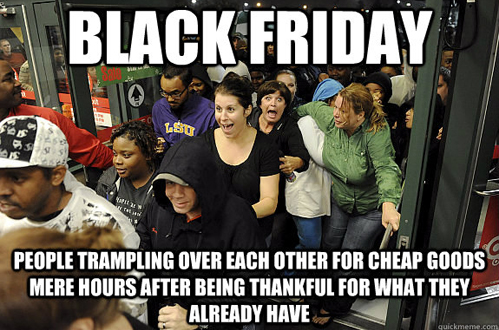 We again approach Thanksgiving in the United States, and in keeping with my annual tradition, I’d like to remind you that Friday is #BuyNothingDay. On Friday, November 29, 2019, you can choose to join in a global conspiracy to stop shopping – take this one day off from spending. Instead of getting ensnared by the consumer frenzy of the money culture, I recommend you enjoy some time out in the fresh air, in meditation, or creating something as part of your plan for #BuyNothingHolidays.

This #BuyNothingDay, I’ll be leading a guided meditation on protecting the Amazon rainforest, as part of the Novasutras Movement #Amazon4Amazon campaign.

Meditate for the Amazon

Join the #Amazon4Amazon Boycott to Make Amazon.com save the Amazon!

And of course, there is always a lot to say about the complex relationship between the land of North America/Turtle Island, the first people who came here over 10,000 years ago, and the more recent immigrants to this continent.
In this vein, I highly recommend Braiding Sweetgrass: Indigenous Wisdom, Scientific Knowledge and the Teachings of Plants by Robin Wall Kimmerer. She includes an insightful explanation of the “Thanksgiving Address” (or “Words That Come Before All Else”) in the chapter “Allegiance to Gratitude.” This recitation could be adapted and adopted as a practice that beautifully brings people into harmony for doing good in the world.
In 2016, I gave a little summary of the central hypothesis of Guns, Germs and Steel. In essence, the indigenous peoples of the Americas were screwed because Europe’s aurochs could be easily domesticated into cattle, and American bison could not. Despite the domestication disadvantage, several complex civilizations had come and gone in the Americas (Maya, Aztec, Inca).  A book that delves further into this story is 1491: New Revelations of the Americas Before Columbus by Charles C. Mann.
Research published in 2017  suggests that livestock, particularly draft animals, also appear to be at the root of extreme inequality.  The inequality introduced by farming in the civilizations of the Americas stabilized at a fairly low level, but climbed dramatically in European and Asian civilizations. One explanation for this is the inheritabilty of livestock herds, allowing the rich to ensure that their children and grandchildren will be even richer, growing slight inequities of initial fortune into huge inequities of power and status in a reinforcing feedback loop. (And don’t even get me started on the horrors and ecological devastation of factory farming!)
Once again we are reminded that inequality, complexification and technological progress are not “normal” in the sweep of humans’ tenure as a species. At least 96% of the time humans have been Homo sapiens (probably more than 200,000 years), and among the vast majority of independent human cultures that were still intact a few hundred years ago, we’ve been low-complexity foragers with “stone-age” technologies and no “permanent” settlements. Those are very successful, old-growth cultures. High-complexity cultures generally adopt a rapid expansion, weedy model of growth and invasion (even our choice of grain-based agriculture reflects this) – but there’s no evidence yet that such things can be built to last more than a millennium or two.

So, one of the things you may be grateful for this holiday season is the opportunity to live at a time of such amazing social and technological complexification that we are able to investigate and consider the differences between old-growth cultures and weedy ones via nigh-instantaneous information access. Or, you know, you could be grateful for other stuff that’s maybe more pleasant: trees, dolphins, stars, rainbows, truly kind people…

Oh, but don’t forget Buy Nothing Day, or even go for Buy Nothing Holidays, and have a Happy Thanksgiving despite everything!

[Yes, some of the above is cut and paste from previous posts… if one must self-plagiarize, I suppose one should at least acknowledge it 🙂 ]